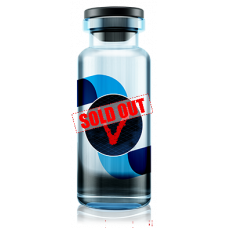 What is BPC and How To Use It?

BPC is an item many may not have heard of before. This newcomer to the performance enhancing agents category has only recently caught the attention of those in the aesthetic or competitive sports field. This research chemical has thus far only been studied in rodent studies and in cell studies in labs, making it uncharted territory for people using it for the above reasons. The compound itself is a penta deca peptide, meaning it’s formed from 15 amino acids. The combination of these amino acids makes for a very stable agent that can be taken either through oral or injectable administration. There is also a reported systemic impact from BPC, meaning it can be taken via a number of different ways. This will be discussed in further detail below.

However, it is important to note that the main point, in which most people consider using this agent, is during particularly strenuous periods of training, or during periods where recovery may be low or when an injury may have occurred, or is recently being recovered from. This is because BPC 157 use is supposed to have a very specific set of effects on the body, all of which would aid cell development and recovery. These are all reviewed in detail below, along side any potential downsides of its use, and how it may be administered to obtain these perks.

As mentioned above, while its full effects on humans are yet to be verified in formal studies, there are a few potential BPC benefits found from its effects in cell cultures and rats, which have been corroborated in part by an ecdotal accounts from the experiences of other athletes, who have tried out the substance. The perks of this penta deca peptide involve improved mood, cell development and repair, as well as a possible increased work capacity and muscle and connective tissue development. This comes from its effect on promoting cellular signalling, like VEGFR2, which promotes blood vessel creation, and EGR-1, which promotes protein synthesis and cell development. It's also been shown to help promote mental health and protect the stomach, intestines and nerve cell health.

All of these make BPC 157 a potentially good addition to a program with a lot of heavy training or to help accelerate recovery from a strain. Regardless of the period in which you'd prefer to use it though, it is key to understand how it will likely have to be administered, in order to obtain these effects. This is why we’ll go through the means by which most, using this drug for the above purpose, will prepare and administer a BPC 157 injection, inorder to try eliciting the beneficial effects discussed above.

As with many products provided here, and else where, BPC will usually be provided in powdered form. This should then be reconstituted by mixing it in with bacteriostatic water to form it into an injectable solution. Because the effects are reported to be systematic, this means the item can be injected either through a subcutaneous administration, in sites like the abdomen or thigh, or trough an intramuscular administration, through sites like the side shoulder or the buttocks. Regardless of the means of injection picked, rotation of injection sites could be helpful to avoid administration-related issues, such as so reness and injection site infection. As for a BPC 157 dosage range, this is another factor which has been made difficult to as certain, due to the lack of studies with human subjects. However, there have been sources that have provided a proposed outline of dosing ranges, based on the rodent and cell studies.

The dosing range here is around 1.6 nanograms per kilograms of bodyweight for human users. This would mean a roughly 120 nanogram dosage foran average 75 kilograms individual, in order to elicit its effects. However, higher amounts have been reported to have been used with no adverse effects, but conservative amounts should always be favored until more is known about the drug. Despite the lack of formal research though, we can have a look at a few individuals who have used this product and reported their outcomes, which should give you an idea of what the BPC peptide may be able to do for you.

Results: Before and After

As mentioned previously, there have been some individuals who have included the BPC 157 peptide. Here, users reported many of the above-discussed hypothesized benefits. These have involved improved healing time for injuries, reduced pain from repetitive strain issues, and better digestion, with a lack of gastro intestinal discomfort. One of the users started off with a torn hamstring, and had it healed faster than previous injuries. These all seem to follow well with the results of early research on rodents and cells, with further studies needed to see if it can help muscle mass growth or performance variables for more athletic populations. However, despite the promising results of the above injections of BPC 157, it's also important to consider potential downsides to including it into your diet before you get it, in order for you to make a fully informed decision regarding its use and whether it's right for you.

Are There Any Side Effects?

Considering side effects of any drug you're looking at using is important. Fortunately though, there has thus far been little adverse events associated with the use of the BPC 157 5 mg formula. This has seemed to hold true even with higher dosages. However, research is still needed, in order to see if there are any long-term ill effects associated with its use in the program, especially when it is combined with other anabolic compounds, which may complicate its use or lead to different reactions in your body. This is why caution is always advised whenever a research chemical like BPC  is being included into your program.

Because the BPC 157 peptide is a newly introduced research chemical, it can often be compared to other research chems by those currently including them in their program. One such comparison that may be made is between this agent and Thymosin Beta,  which itself is aderivative of the Thymus Hormone made in the body. The latter is also are search chemical, with most of its research coming from studies on horse. It’s also been implicated in promoting cell growth, development and repair through promoting an increase in the action protein in cells.

However, this items impact is more direct than the BPC compound, through increasing the act in protein in a cell. It can also travel long distances to potentially aid healing muscles from injury, a similarity with BPC. Overall, the latter product may be better suited for growth and recovery, with the former suited for rehabilitation and healing. However, another thing the two have in common is that the jury is still out on what the specific impact on human use is, and for athletic purposes as well.

How To Buy BPC 157 Online from Valkyrie-Online?

Because BPC 157 is a research chemical, with no use in clinical settings, it shouldn’t come as a surprise that it is impossible to get from any conventional vendor or facility. It's not even possible to get a medical prescription for its use. So, you're best bet for buying BPC 157 is to get it from online vendors such as this website, where you can get it easily and quickly, and for a relatively low cost. You can also combine it with other items you need foryour program and have it sent out at once for even greater cost-efficiency and convenience.

You can find BPC 5mg injection for sale above, where you can make your order and payment electronically, before having it sent out to you,so you can start using it to see how it works for you and your goals. 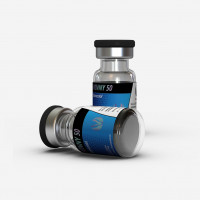 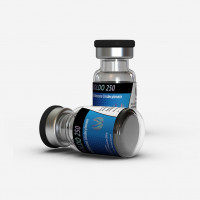 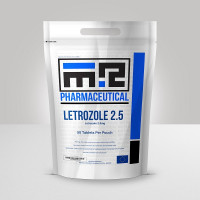 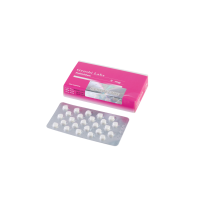