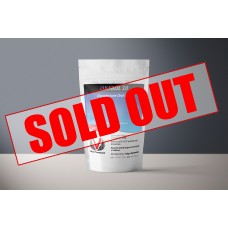 We’re proud to offer a powerful and unbeatably pure variant of the popular lean tissue / strength development compound anavar; those seeking the perfect substance to use during the adipose tissue reduction period of their training are going to find this item to be almost perfectly in line with almost all of their needs.

You can secure your oxandrolone (this product’s technical name) from the Valkyrie store in total confidence that you’re getting the absolute pinnacle version of this product available anywhere on the net.

We’ll now give you a comprehensive run down of the necessary information you require in order to decide how to use it, what to use it with, and how long you should reasonably use it for to see the desired effects take place.

Anavar 10mg pills have seen a surge in popularity over the decades as a result of their ever-increasing reputation for being one of the most vital components necessary to deliver optimum benefit when trying to reduce fat cells, protect / improve muscle levels during a period of calorie deficiency and even boost one’s ability to lift heavy loads at the gym at the same time.

It’s the oxandrolone medical uses that initially saw this product gain widespread attention due to it being immensely useful in situations where lean tissue mass was on a decline. Implementing this product meant that patients were able to save as much of their fat-free mass as possible and even boost their immune function in the process.

What you’ll find in this compound is a rather versatile “base” to build a fat reduction stack on – it serves almost every need a “cutter” could have in one compound, with the possibility of adding other items into the mix to cater for the more “specific” needs of the individual at any given time.

It’s actually fairly mild, though; whilst it works fantastically within the above-mentioned capacity, the reason why it works so well is because it doesn’t provide any “harsh” effects as often associated with stronger items in general.

For this reason, it’s not at its best when used for the development of lean tissue in an off-season setting. It just doesn’t have a high enough “payload” to offer those who wish to gain.

One possible exception within this scenario would be for those who wish to develop over a longer time frame to a “milder” degree than the classic hard gainers out there. It can provide quality mass (even though there won’t be lots of it) without any negative strings attached in the form of a high likelihood of adverse problems arising.

It should be noted that trenbolone is really the “king” of compounds for those who want to gain lean and sustainable tissue within this kind of framework, but the adverse issue risk is far, far higher than it is with this particular item. For that reason, those with a little more “patience” and a reserved nature would probably find the perfect partner in var.

It can work well within an athletic scenario being that it doesn’t drastically affect body weight whilst simultaneously boosting strength and protecting mass. This makes it a highly useful and almost “undetectable” substance on the whole, provided the user doesn’t have to undergo regular tests.

For a female user, this product is an exception to its own rules in regards to an off-season phase being that it can actually deliver powerful and lasting size development and doesn’t need to be taken with any other substance.

It also carries with it all of the potent cutting benefits when taken in an “in-season” setting. Many consider it to be the best of the best for female users as a result of its tremendous adaptability for them when compared to male implementation.

Due to its compatibility with other items, relatively weak nature (in regards to causing problems) and reliable effects on the body when used within the right setting; there’s little reason why anyone should have to put too much thought into whether or not they should purchase this product.

Full Info About The Cycle

Regardless of your intended outcome when taking oxandrolone, you should never take it beyond an 8 week period with the minimum necessary time to achieve positive benefit being the 6 week mark.

This is going to be an oral cycle, so it’s an absolute must that liver protection is integrated in order to guarantee total bodily safety during your time with the substance.

Cycle results can and will be affected by how much of the relevant doses you take (as we’ll soon outlay) and whether or not you do indeed supplement with the above element.

Failure to do so would almost definitely lead to having to cut the cycle short due to health related issues, thus negating any build up the user already had in their system.

In the following respects, oxandrolone is going to yield entirely varied results.

If The User Chooses To Implement Into A Bulking Phase

There’s nothing “wrong” with using this product within this capacity (as previously mentioned) but it certainly isn’t going to cater for the impatient members of the gym going community – this item will yield slow, steady and maintainable results for those who maybe have no great need to “develop” any further.

Individuals belonging to this latter niche would likely be fitness models or those with no great need to “evolve” to enormous levels of size and density. It has to be said though that the needs of a typical bodybuilder would not be met as their requirements would exceed the capabilities of this product.

For a recreational gym goer who simply wanted to stay lean whilst developing moderate size, this product could certainly help them too.

As previously stated, these statements largely go out of the window in relation to women who use this product. Because it’s fairly mild for a man, it’s actually very powerful

for a woman. Female users will typically find everything they need in this product when it comes to gaining respectable levels of size and tone.

If The User Choose To Implement Into A Cutting Phase

This is where this product earns its reputation as being one of the best protective agents and lean tissue “evolvers” available on the market. It can supercharge any fat reduction phase to astronomical levels and provide highly beneficial results.

One of the biggest concerns anyone has when following a calorie deficit is that they’re going to lose what size they have developed being that there won’t be enough available resources to maintain it anymore. This item can counteract that deficit and keep it in place.

This concern also spills over into strength levels as they are equally as susceptible to reducing over time being there simply aren’t enough calories there to keep them in place.

Again, var helps in this capacity by keeping them in check and ensuring that they don’t reduce. What’s quite startling is that it can also lead to further development in this capacity, even without a surplus of resources to achieve that end result.

Combined with these positive traits is an ability to improve muscle tone as a result of fat reduction as well. This isn’t simply due to the fact that more lean tissue is present, but because it can actively “attack” fat cells to at least a moderate degree.

Whilst muscular and strength protection / elevation are without doubt the main reasons why you’d want to take this item within the above framework, the last stated benefit could be seen as the “icing on the cake” and makes it immensely powerful when combined with other products (like clenbuterol) that are optimised for fat burning.

We’ll now look at the relevant cycle dosages so that you can secure the right amount of this product in order to cater for your individual needs regardless of your experience level.

Anavar dosages vary enormously depending on gender and experience; there is no such thing as (nor is there with any product of this nature) a “universal” quantity to suit everybody.

A first-time user needs to adhere to the minimum guidelines and dose appropriately over a maximum of a 6 week period whilst simultaneously running the relevant supplementation to protect their internal organs (the liver.)

Your dose should you fall within this user bracket should be between a minimum of 20 mg per day and a maximum of 30 mg per day. This is only if you are a male user, however.

Individuals that possess a higher level of tolerance (which must relate exclusively to this product) they will need to administer for a period of 8 weeks using a dose of between 40 - 50 mg per day for optimum results. The same cycle support will still be relevant under these circumstances (and when using any oral compound in general.)

Dosage for men is vastly different to doses for females. Women using this product will need to administer 10 mg per day as a first time user and 15 per day should they have developed some initial tolerance. This 10 per day range applies for an initial 6 week cycle, and the 15 applies for an “advanced” 8 week cycle.

Anavar 10mg tablets will yield excellent benefits, but they do carry with them a risk of adverse issues developing when used erroneously. Regardless of your anavar dose however, you may still face problems as we’ll now outlay.

The side effects of anavar come under the “mild” category but can be tremendously serious if they are not addressed swiftly enough.

Possible anavar side effects include but are not limited to:

These effects can largely be reduced or avoided by dosing appropriately and taking the relevant support.

Positive benefits are (in summary):

Ultimately; oxandrolone is a low risk and safe compound when used properly.

Anavar And Clen For Weight Loss

The only area that the anavar steroid can’t be said to be wholly effective in in regards to a cutting phase is in its ability to melt body fat; it’s alright at this element, but it isn’t a “specialist.”

On the other hand, clen optimises fat burning; it can drastically reduce fat cells overall. It works very well with anavar, and the two compounds bring out the best in each other.

For specific guidance in relation to clenbuterol, please see the separate section on this product which you’ll find elsewhere on this site.

Another popular combination many consider is to use anavar tablets with dbol. It’s possible that you could integrate dbol into a cutting phase, but only an advanced user would really consider doing this to trigger some initial “inflation” before using the var to “cement” their gains in place.

At large, the whole “anavar vs dianabol” debate is largely pointless because these two items are worlds apart. One is primarily used for burning fat, the other is a bulking agent.

Should you ever consider using these items together, make sure it isn’t during your first cycle with either product. Even if you’re an advanced oxandrolone or dbol user though; implement these items together in synergy at your own peril and only if you’ve thoroughly researched how it could (if at all) be beneficial. 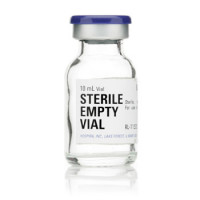 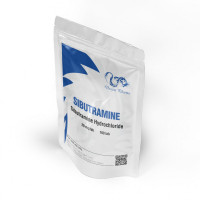 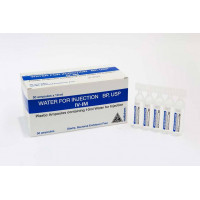 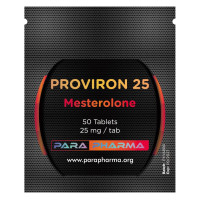