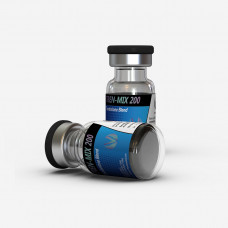 This mix of trenbolone acetate & trenbolone enanthate will provide the perfect basis for anybody looking to develop an impressive degree of lean and sustainable mass whilst also serving as a powerful retention agent when performing a stripping phase.
In terms of functionality, the theory behind this product is sound; it offers both a rapid acting and longer lasting “hit” of this substance that serves to potentially capitalise on initial gain potential, whilst further solidifying it via the longer half-life possessed by trenbolone enanthate.
We’ll give you plenty of general information regarding the unique origins of this product before delving further into the intricacies involved in administering it and how best to use it for optimum benefit.

The trenbolone mix isn’t, or hasn’t ever been, “officially” available on the pharmaceutical market owing to the fact that no medical company has ever produced it.
It was originally developed by a notorious underground laboratory as a marketing ploy, and as a result saw widespread success owing to the reportedly potent nature of the compound.
Trenbolone acetate really needs no introduction, and its effects are both well renowned and undeniable. As such, deciding to provide a blended product implementing both a fast and slow release variant was an incredibly smart idea.
In a similar fashion to sustanon (a blend containing various product esters), this substance is a good choice for those who have developed a tolerance for the base compound in general and wish to administer the item with decreased regularity.
How useful is this combination, though? And is it really going to provide any additional benefit when compared to the “standard” variant?
We’ll now take a closer look at this aspect to help you make an informed decision.

As stated, the trenbolone acetate and trenbolone enanthate mix should theoretically provide an extra “convenience” factor to those who have experience using a compound like this in general, but how well does it work in “real life”?
First and foremost, trenbolone is trenbolone. No matter what format it comes in, there’s simply no way for it to be ineffective. Regardless of the variant, your money will never be wasted owing to the plethora of positive benefits it has to offer.
The mix of tren acetate and enanthate will definitely deliver comparable results to any other variety of the compound, and being that there was such a huge surge in popularity when the original variant of this item was released; some people simply prefer to use this format over any other tren variant.
The shorter acting compound included enters your body faster and the longer acting compound “digests” at a slower rate – this means that some like to administer imminently after training as they believe that the rapid acting element capitalises on gains faster, followed by the other “long-lasting” element then serving to protect and nurture results.
In truth, though? There is no scientific evidence to support this version being superior in any way to the others available (if we were to be entirely fair, extensive research has never been conducted either).
With that said, it could certainly never be described as “useless”. It’ll always prove to be a powerful option and may suit your individual thought process more than either of the other options.

The benefits of trenbolone mixes will be exactly in line with the base compound (aside from the potential added aspects mentioned in the previous section.)

These benefits depend entirely on the capacity in which this item is used. We’ll now look at the primary two instances in which this product is likely to be integrated.

When Used During A Bulking Phase

Despite many primarily using this product for stripping fat, it’s also a very powerful bulking agent, although perhaps not in the manner most “traditional” bulkers would expect.
In regards to its unique bulking traits, this item isn’t going to lead to a rapid and immediately noticeable gain in weight; what it will do however, is lead to a sustainable and “real” gain in muscle over a period of time.
Some people believe that when it comes time to bulk, the emphasis should simply be on slamming on as much mass as possible then worrying about reducing body fat and water afterwards. Others only believe in bulking as “cleanly” as possible to ensure that every pound of weight gained is indeed muscle.
If you adopt the latter thought process, then this item will definitely work effectively for you.

When Used During A Cutting Phase

Where the acetate & enanthate mix can really “flex” its muscles and create an enormous, vastly noticeable difference for the user is during a “toning” and “burning” phase.
When integrated into this phase, this product will serve to protect and potentially even develop lean muscle tissue whilst operating on a stringent calorie deficit.
In conjunction with these two benefits, the compound combination also has a positive impact on the metabolization of body fat and a powerful effect on the manifestation of muscular “hardness” when the individual has a low body fat percentage.
This array of positive benefits all feed directly into the needs of those who are performing a cut, and ultimately this is why a lot of people see this as the “ultimate” cutting agent.
When used for any purpose it has to be said that this compound will always be highly relevant provided it matches your outlook on how to perform each cycle.

Cycle Info For Beginners And Pros

It should be noted immediately that tren A-E 200 is not in any way shape or form a beginner compound. You should only consider usage if you have already successfully run a trenbolone acetate cycle without facing any serious adverse issues.
Should you have developed an initial tolerance, you’ll then be safe to integrate the trenbolone enanthate component included here (because of the possibility of adverse issues being prolonged for an extended period should the compound not be compatible with your body.)
Provided initial tolerance has been assessed, an initial dosage should fall into the 150 mg per week range over the course of an 8 week period.
When performing a subsequent usage phase, 300 mg would be preferable for a 10-week duration, followed by an absolute maximum of 450 mg per week for “hard-core” anabolic veterans over a maximum of 12 weeks.
These ranges will definitely suffice for any and all users; under no circumstances should you ever surpass the maximum limits or durations stated based on your individual circumstance.

Side Effects You Should Be Aware Of

The side effects of a trenbolone mix can be severe, which is why a beginner should never use this item without any prior anabolic tolerance.
These issues are a possibility regardless of whether or not you use trenbolone acetate or enanthate, and include but are not limited to:
Immensely potent increases in blood pressure and negative cholesterol levels
Sporadic hair loss, and hair growth across areas the body at large where it did not previously appear
Violent mood swings (largely dependent on the natural temperament of the individual user)
The decline of natural hormonal output
Potential toxicity within the liver
Potential respiratory issues
As you can see, the above list is fairly extensive meaning that you’re going to have to keep the relevant cycle treatment on hand to be able to safeguard against any of these issues.
Trenbolone enanthate side effects can be worse than the “normal” option simply owing to the fact that the product has a sustained release; this can subsequently mean sustained suffering in a worst case scenario. That’s why tolerance must be assessed with the base version.
Always seek immediate medical assistance should any of the above issues manifest in a potent manner. 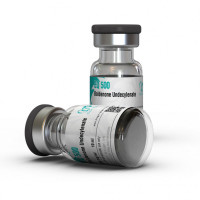 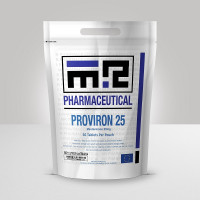 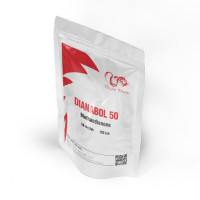 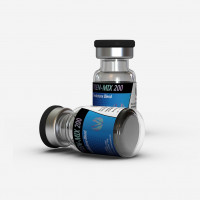